☘☘☘ Monday, January 15. at 7:30 p.m. – Irish Heritage Quebec hold an activity in McMahon Hall, 1145 De Salaberry in Quebec City — Irish Heritage Quebec will receive Captain Michel Pouliot who will present the heritage of the Pouliot family.  He will describe his years at St. Patrick’s School, at the Marine School and at sea.  Michel will also present his experiences as a licensed marine pilot on the St. Lawrence River and comment on the future of the ports on the St. Lawrence River. Members and friends are invited. Come and see the only life preserver from the Titanic left in existence and hear a great raconteur. 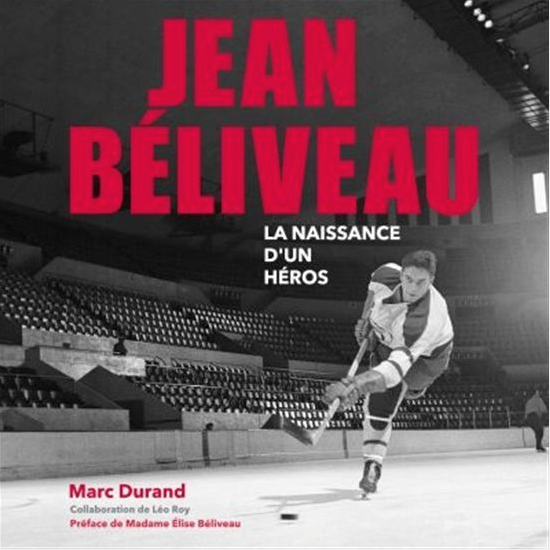 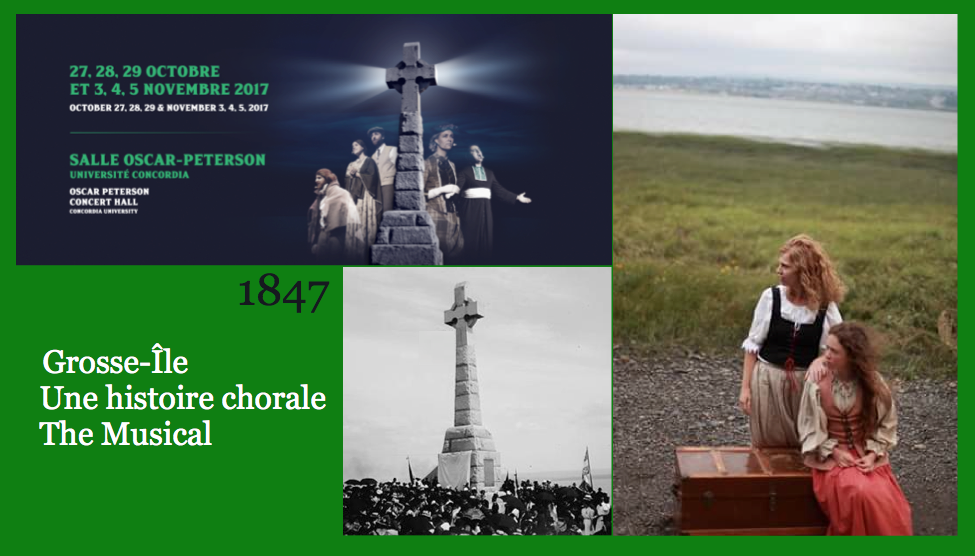 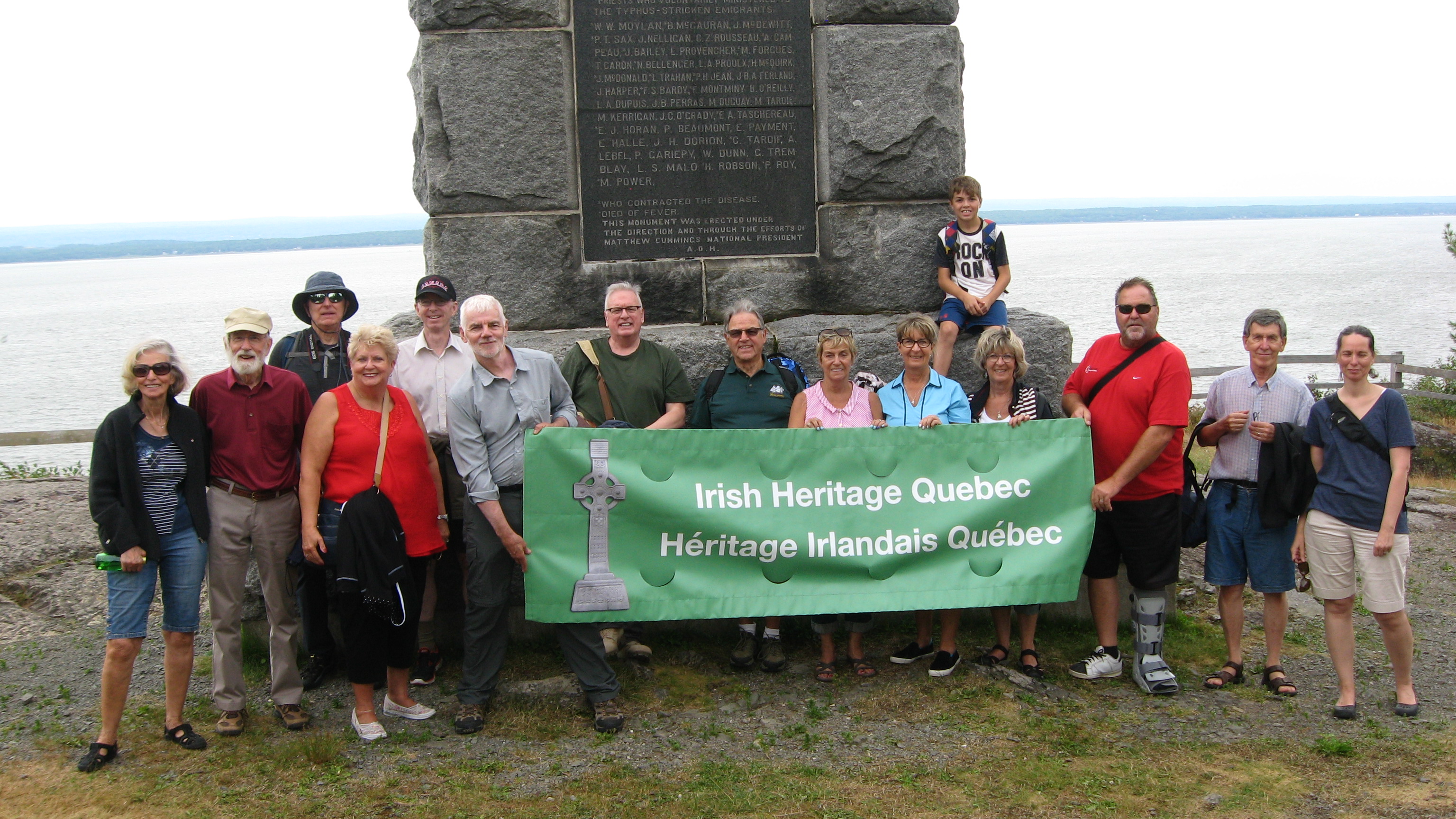 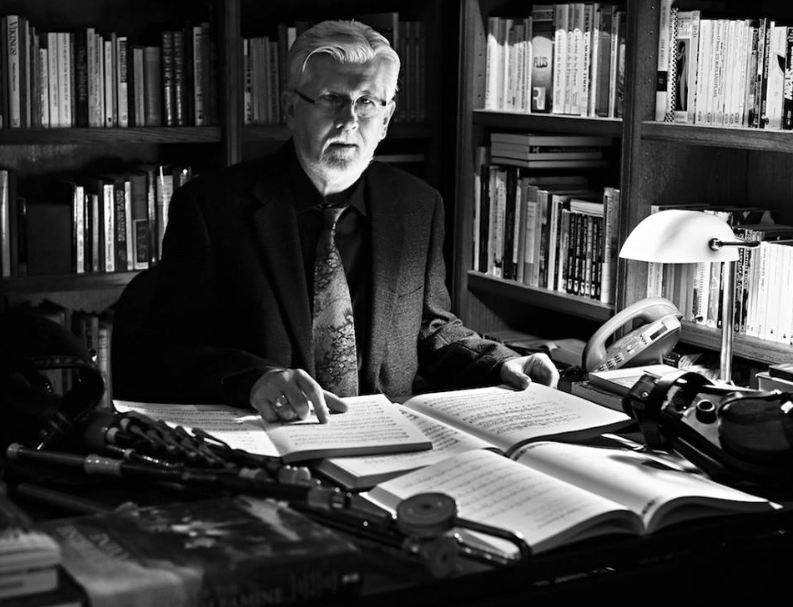 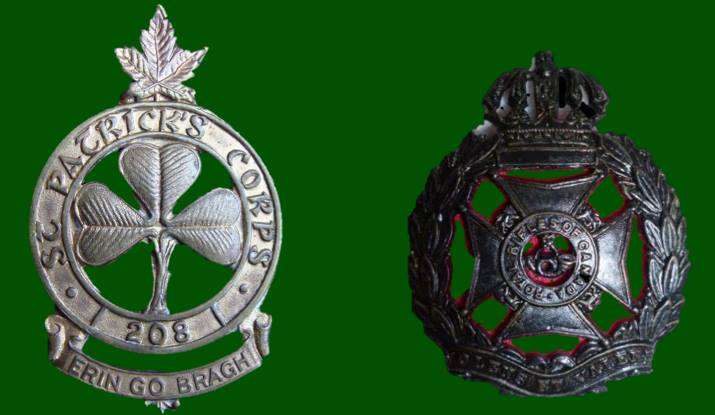 Monday April 10 Irish Heritage Quebec will hold an activity in McMahon Hall, 1145 de Salaberry in Quebec City. Joe Lonergan will give a presentation entitled From Shamrock to Maple: The Evolution of St. Patrick’s Cadet Corps, Number 208. He will trace the transformation of the unit from one that initially fostered Irish nationalism to one that fostered a developing Canadian identity. Joe Lonergan graduated from St Patrick’s High School, received a B.A. from St. Lawrence College and received a B.Ed and a Master of Arts in History from St. Mary’s University. Now retired from St. Patrick’s High School having worked in education for thirty-five years, he is currently President of Irish Heritage Quebec. Refreshments will be served and parking stubs for Îlot St-Patrick will be validated. For more information phone Irish heritage Quebec at 418-704-3404

March with us on the 25th of March 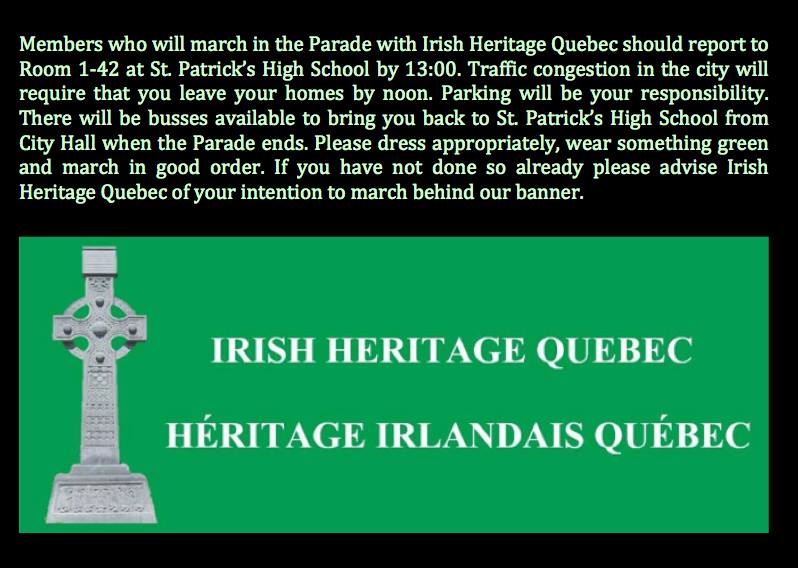