☘☘☘ Monday,  April 9 at 19:30 p.m.- Irish Heritage Quebec will hold an activity in McMahon Hall, 1145 De Salaberry in Quebec City. Senator Dennis Dawson will give a presentation on the path of a St. Patrick’s High School boy to the Canadian Senate and his attachment to Liberal values. Refreshments will be served and parking stubs for Îlot St-Patrick will be validated. For further information, phone Irish Heritage Quebec at 418-704-3404.☘☘☘ 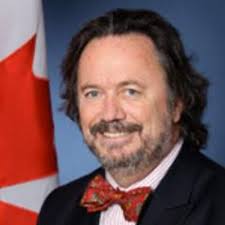 Senator Dennis Dawson studied political science at Laval University and at the University of Ottawa where he completed his bachelor’s degree. He also earned a Master’s in Business Administration (MBA) at Laval University. He began his career in public life as one of the youngest elected school board trustees in Quebec before becoming President of Quebec’s second largest school board, the Quebec City Catholic School Commission. He is a former Liberal Member of Parliament in the Canadian House of Commons, representing the riding of Louis-Hébert from 1977 to 1984. He is a former Parliamentary Secretary to the Minister of Labour and former Parliamentary Secretary to the Minister of Employment and Immigration. Dennis Dawson was appointed to the Canadian Senate in 2005.