Irish Heritage will hold its first activity this year on January 16 at 19:30 hours in McMahon Hall, 1145 de Salaberry in Quebec City. Joe Lonergan will give a presentation on the history of the Sons of Ireland Hockey Club. Members and friends are invited to attend. We hope to see many of you there. Please arrive by 19:20 because we must lock the church door on de Salaberry at 19:30. Refreshments will be served and parking stubs from Îlot St-Patrick will be validated. For more information, phone Irish Heritage Quebec at 418-704-3404.

Monday November 14 at 19:30 – Irish Heritage Quebec will hold an activity in McMahon Hall, 1145 de Salaberry in Quebec City. Irish Heritage Quebec receives numerous requests for help with genealogy, grave sites and other services. There will be a collaborative presentation assembled by Bryan O’Gallagher, John O’Connor and Joe Lonergan. Each will present an example of the kind of service that Irish Heritage Quebec has provided. All are welcome to attend. We ask attendees to arrive by 7:20. Refreshments will be served and parking stubs from Îlot St-Patrick will be validated. For more information, phone Irish Heritage Quebec at 418-704-3404.

A culture is often defined by its music, language and traditions that are passed down from one generation to the next. This presentation will discuss the role and importance of Irish music in Canada, featuring performances and analysis of specific examples. Traditional music plays a pivotal role in the maintenance of lifeworlds of Irish settlers and their ancestors. Drawing on interviews, transcription analyses, and archival recordings, this talk focuses on performance histories of past and present Irish musicians and explores the cultural memory and collective sense of place that give musical meaning to the pieces these musicians perform. Kate will also investigate the centuries of technological change and how it has affected the recording, performance, and appreciation of Irish traditional music.

Newfoundland-born Kate Bevan-Baker holds violin performance degrees from Memorial and McGill Universities, and a PhD specializing in Irish Music on PEI from Concordia University where she was a Social Sciences and Humanities Research Council Doctoral Scholar. She was the winner of Concordia University’s Doctoral Thesis Defense Award in 2018, and the recipient of the inaugural Rhona Richman Kenneally Award for the top PhD paper at the Canadian Association for Irish Studies conference in 2018. Kate’s music performance career has taken her to Russia, across Canada twice with the National Youth Orchestra of Canada, to China for the 2010 World Expo with rock band Hey Rosetta!, the 2010 JUNO Awards performing with Michael Bublé, as well as playing with symphony orchestras and chamber groups across Canada. Kate is a founding member of the Newfoundland-based ECMA-nominated traditional band, The Dardanelles, and currently plays fiddle and sings with the Montreal-based Celtic trio, Solstice. She has been featured on many nation-wide radio and television broadcasts, and can be heard on over thirty CDs, videogame, and movie soundtracks. Kate currently lives in Montreal where she balances and active performance and teaching schedule. 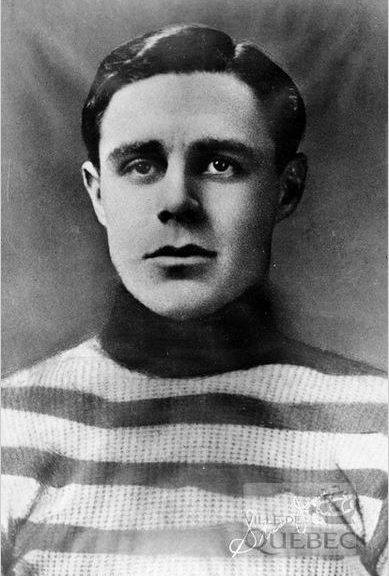 ☘☘☘ November 18. 2019 at 19:30 Irish Heritage Quebec will hold an activity in McMahon Hall, 1145 de Salaberry Avenue in Quebec City. .  Dennis Rioux has been a collector for over fifty years and his interests are numerous: stamps, coins, military medals and badges, nautical artifacts, ivory carvings, minerals, paintings, engravings.  He will present his very impressive collection of Canadian military memorabilia focusing particularly on World War I and World War II.  All are welcome to attend. Refreshments will be served and parking stubs from Îlot St. Patrick will be validated. For more information phone Irish Heritage Quebec at 418-704-3404   ☘☘☘

Dennis Rioux was born and raised in Quebec City. He attended St. Patrick’s Elementary and St. Patrick’s High School from which he graduated in 1967.  In 1970 he graduated from l’École des Beaux Arts.  He worked in advertising for several years in Quebec before moving to Montreal.  He was the Purchasing Director for La Fondation des Sourds.  He was a Security Agent for La Clinique T.S.O. (Post Traumatic Stress Disorder) and retired in 2014 after 10 years of service.  He is very implicated as Hospitaller with Le Grand Prieuré Russe de l’Ordre de St-Jean de Jérusalem dit de Malte and the Military and Hospitaller Order of Saint Lazarus of Jerusalem, donating more than $1,000,200 to the needy in clothing, food and furniture. 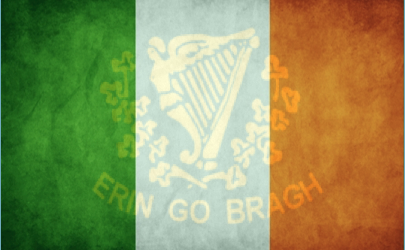 Monday September 16 at 19:30 – Irish Heritage Quebec will hold an activity in McMahon Hall, 1145 de Salaberry in Quebec City. Bryan O’Gallagher and John O’Connor will present the events that took place during the reunion of the O’Gallagher Clan in Quebec City on the weekend of August 17-18. The group visited Grosse Île on Saturday and gathered for a meal on Saturday evening. On Sunday morning members of the clan were invited on a tour of St. Patrick’s Cemetery with emphasis on the burial sites of the O’Gallaghers. Refreshments will be served and parking stubs for Îlot St-Patrick will be validated.

Bryan O’Gallagher is the Vice-President of Irish Heritage Quebec while John O’Connor is the Secretary-Treasurer. Both are graduates in Law.

Monday June 10 at 19:30 – Irish Heritage Quebec will hold an activity in McMahon Hall, 1145 de Salaberry in Quebec City. Daniel Stewart will give a presentation entitled The Irish Pioneers of Ste-Catherine-de-Fossambault.  All are welcome to attend and admission is free. Refreshments will be served and parking stubs for Îlot St-Patrick will be validated. For more information, please phone Irish Heritage Quebec at 418-704-3404

A native of Quebec City, Danny Stewart is a Federal Government retiree, a musician, a St. Patrick’s High School alumnus and a board member of the Société d’histoire catherinoise. He is currently writing a book about his Stewart ancestors.

Monday May 13 at 19:30 – Irish Heritage Quebec will hold an activity in McMahon Hall, 1145 de Salaberry in Quebec City.  Steven L. Cameron of Coirneal Cealteach in Sainte-Agathe-de-Lotbinière will give a presentation titled Our Ancestors: Research and Discovery. The question as to ‘who’ the ancestors were has always intrigued those in the search for their roots. But the “why” behind their presence here opens up multiple levels of surprise and discovery! Join us as Steven L. Cameron shares some of his recent discoveries that further help us understand the times within which the Irish ancestors lived and shed light on the complexity of their story. All are welcome to attend and admission is free. Refreshments will be served and parking stubs for Îlot St-Patrick will be validated. For more information phone Irish Heritage Quebec at 418-704-3404 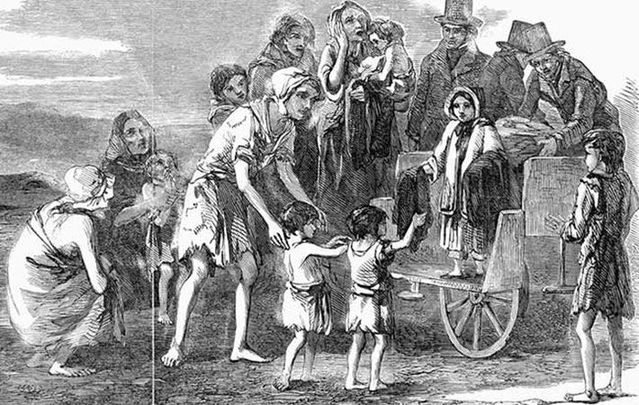 Monday, April 8 at 7:30 p.m.- Irish Heritage Quebec will hold an activity in McMahon Hall, 1145 de Salaberry in Quebec City. Michael Collins will give a presentation entitled In Search of a Voice, which will discuss the emergence of policy within the historical record leading up to and through the hunger years.  This officious voice of neo-economists emerged as clinical, data-driven and bureaucratic and anathema to sympathy and state-sanctioned charity.  Refreshments will be served and parking stubs for Îlot St-Patrick will be validated.  For more information phone Irish Heritage Quebec at 418-704-3404.

Michael Collins is a well-established Irish novelist with ten works of fiction on the market as well as being a world-class marathon runner. In 2016, He completed his long “famine” run from Grosse Ile to Toronto.  Originally from Limerick, Ireland, he currently lives in the United States.  He studied at the University of Notre Dame and completed a PhD at the University of Chicago.